Harley-Davidson has been and will be unrivaled in the comfort of their motorcycles, especially their touring bikes. But there is one bike Harley-Davidson has created that excels and beats their own bikes, and that is the Harley-Davidson® Road Glide®, which has only become better each year, with its best model out this year, 2020. As a young rider, I’m expected to enjoy riding something smaller than a touring bike, such as a Sportster®, and typically people my age don’t appreciate the look of the touring bikes. The Road Glide®, in my opinion, is the smoothest, most comfortable and most stylish ride out there, and with all the new features of the new models, in addition to the superior design and convenience of some of the bike’s add-ons. Harley-Davidson’s other touring motorcycles closely follow, but the Road Glide® reigns supreme. 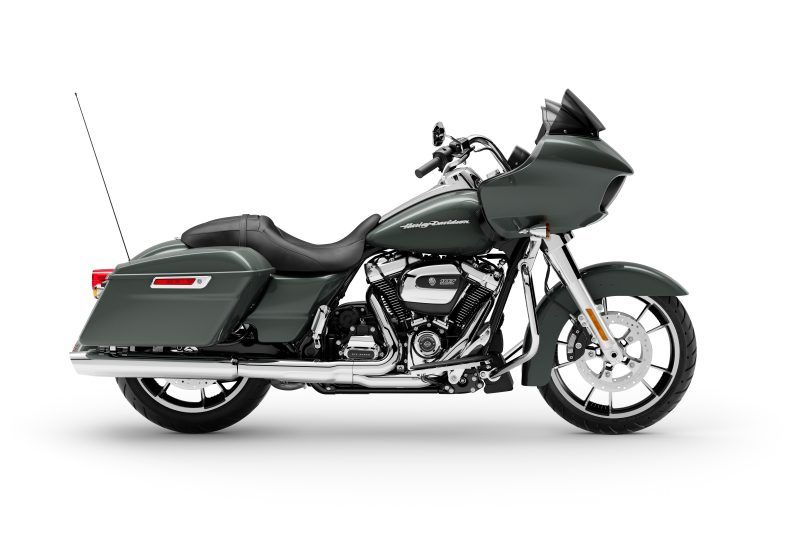 When trying to figure out which model of Harley® to purchase, convenience is a term rarely used other than referring to the size of the bike, but in the case of the Road Glide®, convenience is one of the biggest positives to owning one. For example, the Street Glide® is another amazing touring bike, one of my personal favorites, and has the same stereo and GPS system as the Road Glide®, but the location is the biggest difference.

On the Street Glide®, the touch screen system is located in the middle of the fairing, as well as the speedometer and other gauges, but Street Glide® motorcycles have a fairing which swings as the bars turn, so good luck trying to manipulate it while moving on a bend. But on the Road Glide®, the system is mounted just under your windshield, and since the fairing is mounted to the frame, the screen is always under your eye-line, as are the gauges, leaving me with a clear, safe view of all the information available on your dashboard. It’s nice when I’m riding through the countryside full of bends, knowing that I can keep my eyes on the road and GPS at the same time without worrying about missing a turn or not seeing a car turn in front of me, etc...

Another difference the mounted fairing creates is the wide range of handlebars which can be attached to the bike. With other touring bikes, the bars must be wide enough to fit underneath the inside of the fairing. Don’t get me wrong, the bars the other touring bikes can use are very stylish, but since the Road Glide® bars just attach under the gauges, like stem on a mountain bicycle or BMX, there is a wider array of bars which can be fitted into that spot, in case the rider perhaps wants bars that are less wide or perhaps taller than the fairing, at least the option is there. I prefer the Chiseled handlebars that Harley® has for sale, as they are higher up allowing me to sit up straight on the motorcycle, and widen out at the top so my back doesn't feel as tight when turning and allows for more power into my push steering. A wider variety doesn’t always mean it’s a better selection but more customization is better person to person. 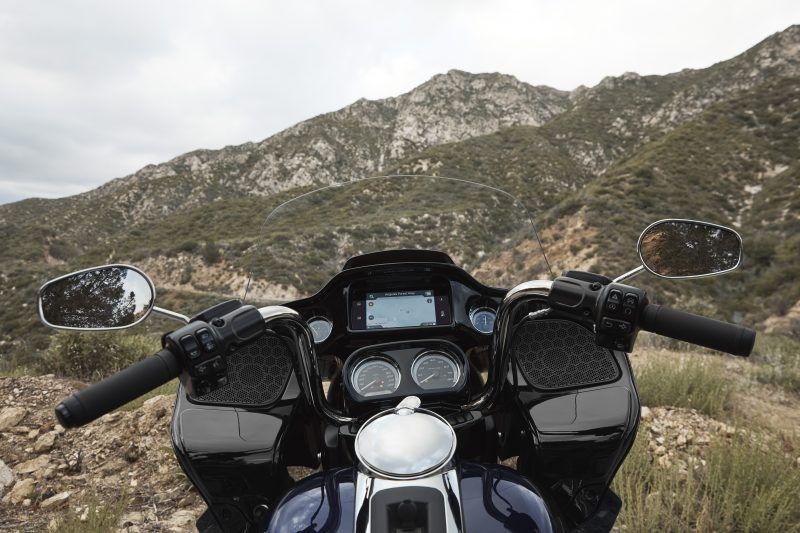 By now you may have noticed that most of the positives of owning a Road Glide® versus another touring bike stem from the difference in the fairing, and it’s true, considering it is the only real difference the bike has compared to the other models, but it changes the feel of the ride completely. The larger fairing of the bike seems to just force itself through the wind without the worry of being tossed back and forth from one side of the laneway to the other. The shape of the bike obviously does not “cut through” the wind compared to other aerodynamic bikes, yet the ride feels so smooth as if it does just slice through the air.

Also, since the fairing does not move with every turn of the handle bars, there is significantly less weight to push against when turning. This allows for quicker maneuvering if necessary. I especially love this change of weight when I ride on roads with debris, such as stones or dirt patches. I would compare the steering to riding something light like a Sportster®, so easy and fluid, yet you’re moving a bike twice the size and twice as comfortable.

Now for what makes the all-new 2020 Harley-Davidson® Road Glide® so special are the new features the new models use, and trust me, they are worth it. 2020 is the first year that our motorcycles will use a traction control setting which can be turned on and off at the flick of a switch, though i would highly recommend using it. Not only does it keep your tire from spinning under you when you take off from a stop or “crack” the throttle while moving, but the system also limits or increases your braking power around bends to ensure safe cornering.

Although I have more experience riding than others my age, I still occasionally get worried rolling into a turn, with the fear that my rear tire may slip out from under me and cause a fall. But with the new traction control system, I've never felt safer riding, in fact, my confidence as a rider has even been boosted simply because of how easy the new motorcycles are to ride. And of course, the traction control makes riding in the rain feels hardly different from dry asphalt.

While most of this post details the actual technical parts of why i believe this model of motorcycle to be superior, if you don’t care or don't understand, then let me tell you, the bike just feels better to ride. If I could choose one word to describe how riding one of these bikes feels it would be “stable”. Everything on these bikes just feel like they work properly to give you a ride that feels safe. The steering on a road cannot be matched, tight enough that with cruise control on, i can go no handed without a worry in the world (although I don't recommend doing so). And yet, with the light resistance of steering without a moving fairing, it is easy enough to swerve back and forth across the laneway when necessary.

But how a bike handles is only half of the “feel” aspect. The power the Milwaukee-Eight® engine is unrivaled and throws you backwards with every crack of the throttle. Personally, the power in one of these bikes is enough to give me that rush of adrenaline that only comes when in the presence of power, and riding this motorcycle is a power trip indeed.

While the Road Glide® isn’t everybody’s favorite motorcycle, it is mine, but I can understand why it wouldn’t be favorable to somebody else. Some people aren't comfortable with the light feeling on the handlebars, or they prefer the stereo system to be in front of them where it would be easier to reach. Maybe they prefer the one headlight the other models have instead of having two. To each their own, but to those reading, if you’re considering a new bike, then I hope this has helped you reach a decision, Road Glide® or not. 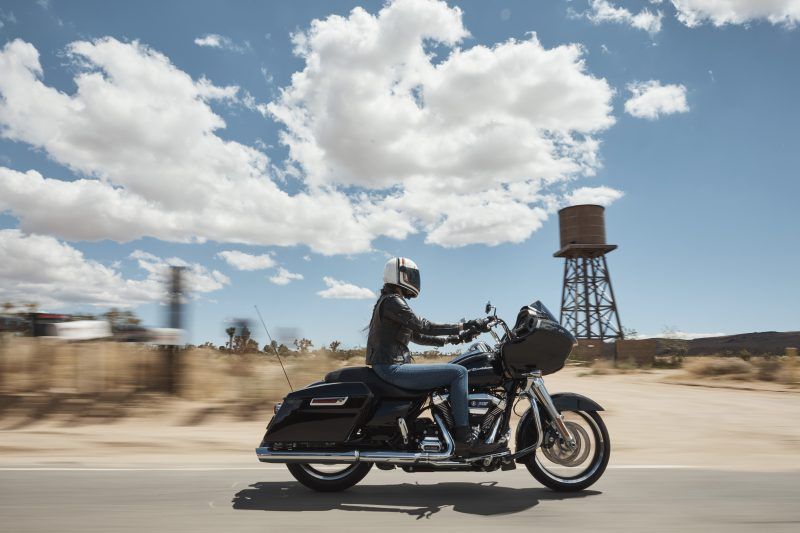 ***ABOUT THE AUTHOR:
My name is Shawn. I am 21 years old and I’ve ridden motorcycles on the road since I was 16, getting my motorcycle license the first chance I could, and i also have prior years of riding experience. My father bought me my first bike, a 50cc dirt bike when I was four years old, and I’ve been riding since, including a few years of motocross racing as a teenager. With both of my parents being motorcycle enthusiasts and riders, both of whom had social circles with people of similar interests, you could say I've been surrounded by “biker culture” and adopted it myself. While I may not be a technician, I know my way around a bike and I love to ride as much as I can (weather permitting).